The data on radionuclide composition and volumetric activity of aerosols sampled in 2017-2018 in the room 012/7 of the Shelter object, into which the lava-like fuel-containing materials (LFCMs) flew after the accident, are presented. All the samples were taken from one point at around 50-cm distance from southern edge of LFCM cluster footing. Relative air humidity in the room 012/7, depending on a year season, was varying from 45 to 97 %. During a day, it sometimes was changing at 5-10 %. Differing from the humidity, air temperature in the room 012/7 was very stable. In cold year period, it was at the level of 12-13 °C, and in the warm period, it was fluctuating within the range of around 9 °C. No daily changes were observed. It was stated that concentration ofbeta-emitting aerosol-carriers (90Sr + 90Y and 137Cs) was fluctuating within the range of 0.1-6 Bq/m3. Besides, 137Cs share made 33 %. On top of that, in 2017 year this contribution made 37 %, and in 2018 it dropped to 27 %. As a comparison, during survey period of 2010-2011 years, 137Cs contribution in the sum of beta-emitting nuclides of Chernobyl accident products made 13 % only. When comparing the ratios of 137Cs/154Eu m 137Cs/241Am in FFCM with radionuclide content of aerosol releases in the room 012/7 it follows that during the year of 2018 the aerosol precipitation was enriched by 137Cs relatively to the content of FFCM available in this place. Since the FFCM were depleted by radioactive cesium during lava formation process and their spreading along the rooms of Shelter Object, thus, a source of additional cesium were 137Cs aerosol-carriers. These aerosols were, apparently, produced as result of surfaces degradation, on which condensation cesium’s particle-carriers were earlier sorbed. Gamma-spectrometric measurements and radiochemical analyses have demonstrated that the content and ratio of radionuclides-products of ChNPP Unit 4 accident in aerosol samples and FFCM specimens were, practically, identical. It testifies that FFCM destruction and particular transfer of materials in aerosol state occurs. 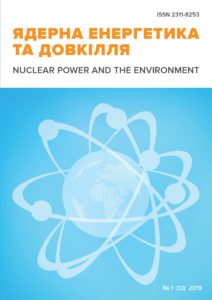